Wow, a week goes by in a blink. Sorry I haven’t been able to update much this week. Are you guys getting tired of these posts yet? I hope they’re not redundant.

As far as goals go, this week was really tough. Not only were we pretty busy with life’s obligations but I’ve been fighting off whatever I picked up from George’s sickness last week. It hasn’t hit me full force yet, but that’s because I’ve been warding it off with a double dose of daily vitamins and not pushing myself passed my limit. Because of that, I wasn’t able to do what I wanted to do this week, which bummed me out. It was still a very productive week, however, even if what I accomplished wasn’t what I had put down for last week’s #MM. (By the way, I’m going to start using the #MM hashtag on Mondays on Twitter. Feel free to use it as well. I’d love to see what your #MM’s are!) With that, here were last week’s goals:

Obvs, because I’ve been feeling sickish all week, I wasn’t able to run like I wanted. I also wasn’t able to go out and shoot a full roll of film (although that excuse is pretty lame). However, I was very proud of myself for turning my phone off this week. I come from a long line of ambitious, workaholic women (my grandmother didn’t retire until her mid-70s) and I struggle with shutting things off and disconnecting from work. The thing is, I can’t stand the idea of being like that when George and I have a family one day. I don’t want to be that mom that has to send one last email or the parent that talks on the phone all through dinner. I hate what that looks like and I refuse to resemble it. So starting good habits now is important, especially for someone like me who struggles with it. Just by turning the phone off after a certain time each day makes it less tempting to slip back into work mode when the work day is over. I encourage anyone else who struggles with this to try it. It’s liberating. And your kids, if you have any, will appreciate your company so much more. And vice versa.

So this week’s goals are:

Well, it’s already after 6PM, which means I’m done for the day. Once again, I don’t have a lot of photos to share (although that’s going to change in the next couple weeks). However, here is a sweet photo of me and my long-time online pal, Sarah Hatter. I’ve been keeping up with her since my early blogging years (2001-2002) and even though her cat does most of the blogging these days, we’ve stayed connected via the magic of social networking all this time. This was the first time we got to meet in person but it felt completely natural to be around each other. Some people are just made to be friends. 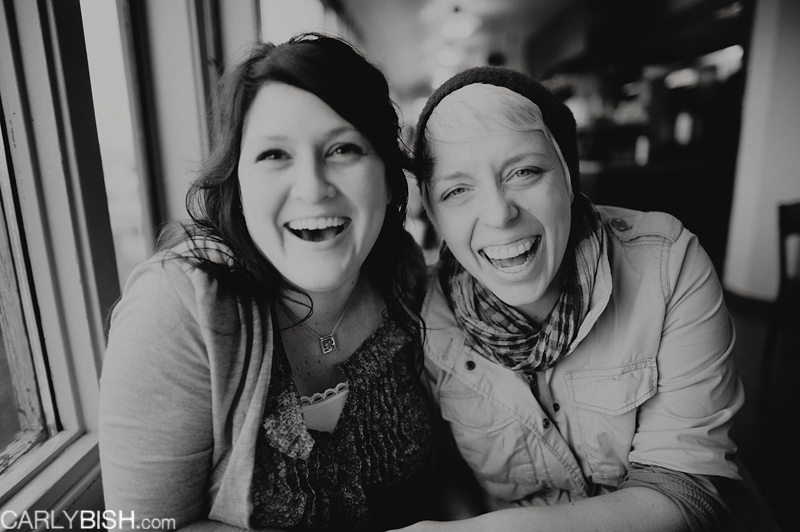