Welcome to my first Q&A post! With all the questions that I’ve been getting, I’ve decided to keep things simple and address 1-2 questions at a time. To answer them all at once would certainly overwhelm, not just the reader but myself as well! So be sure to stay tuned for future posts that answer your questions! I’ll try to do one every week, if I can keep up with them all!

To kick things off, I thought I’d answer one of the questions I get most often…

What gear do you use?

I think I should begin my answer with what I started when I first began venturing into photography, which acts as the foundation for the future gear choices I made.

In the beginning, I would take my parents’ digital camera (a Sony Mavica which used floppy disks!), go outside and take pictures of anything and everything. Finally, when the itch for my own camera was just too much to ignore, my Dad helped me purchase my first camera. The Nikon Coolpix 5700. 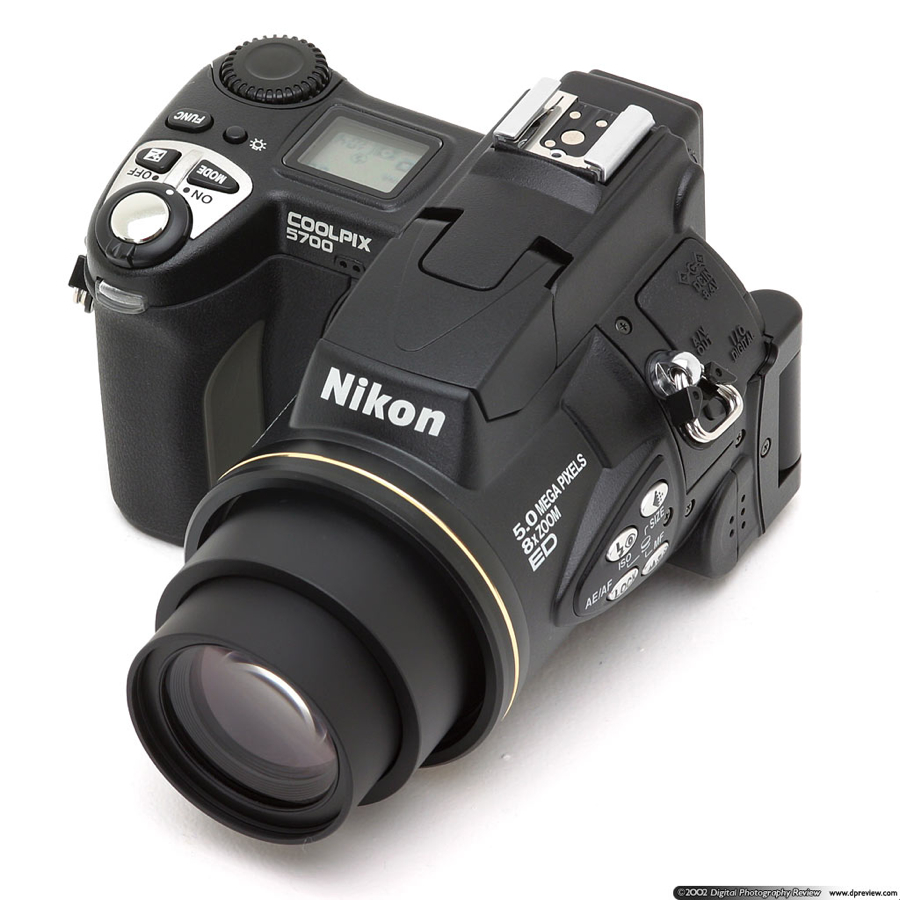 This little camera was my “baby” and I loved it until the day the shutter button popped off from using it like a crazy person. Obviously, it wasn’t a DSLR, but it was mine and I loved the pictures I got with it. This camera taught me the most about shutter speed and the ability to take pictures at night! I had many an adventure with this camera! Eventually, after four years of crazy use, the shutter spring wore out, the button detached from the camera itself, and it would’ve cost more to fix it than to simply buy another one. (Below is a picture I took of my best friend, Leah, with my Coolpix.)

I went a little over a year without having a camera to shoot pictures with. Once I was enrolled at Lee University, I somehow managed to communicate to enough teachers and classmates that I loved taking pictures and was asked on multiple occasions to photograph different projects. Always, I would tell them, “I don’t have a camera,” but they would have a camera for me to use, and that’s how I’d continue to work. Eventually, my Dad thought it was a good idea to let me borrow one of his cameras (as he was also getting more and more into photography as well), so he sent me his Nikon D1, with two kit lenses, the 18-55mm/f3.5-5.6 and the 55-200mm/f4-5.6. 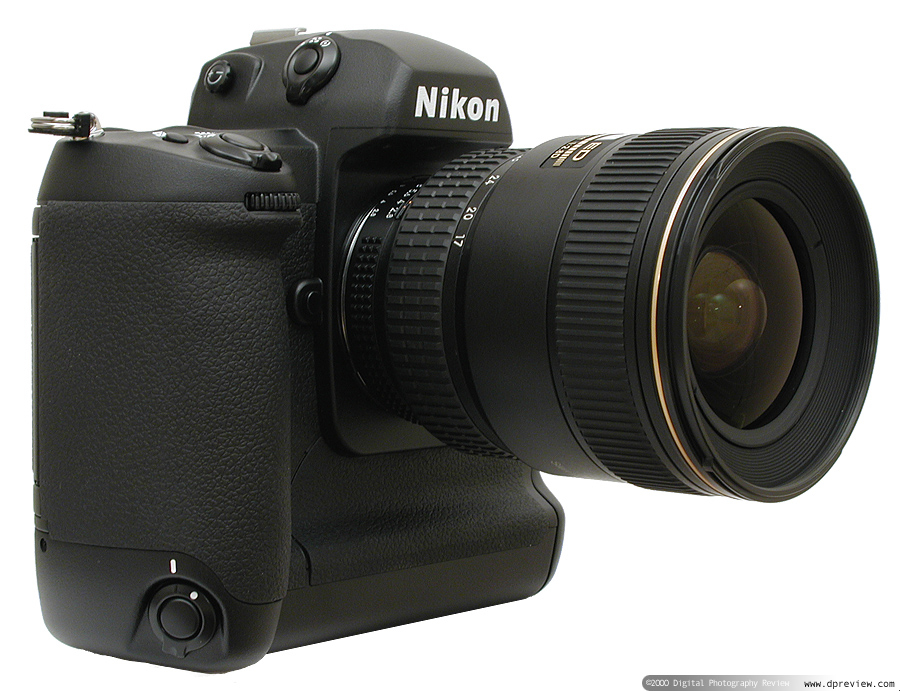 This camera is a beast! While I had it, I felt so legit! I thought photojournalism was what I wanted to do and this camera suited me perfectly during that time. I worked for the school newspaper for a semester, met deadlines, wrote articles, took pictures, but eventually, I felt myself more and more drawn to portrait photography. I managed to do one wedding with this setup and several portrait sessions but the lower resolution size (only 2.7MP) just wasn’t enough for what I wanted to do. If you’re wondering how such a massive DSLR could have such a small resolution size, it’s because it was made for photojournalists, where pictures are printed relatively small in newspapers and other news media. Also, the kit lenses, while great beginner’s lenses, simply didn’t have the wider aperture capabilities I was trying to achieve. Again, this camera taught me a lot about photography, especially at how to use ISO, shutter speed, and aperture together as one cohesive mechanism to make the best use of what available light I had. Eventually, this camera also started giving me a bit of trouble. I think after the number of shutters taken, first by my Dad, and then by me, I noticed after a few months that the shutter release would randomly stop working. I’d change batteries, change compact cards, and even switch lenses, but the shutter just wouldn’t fire. This camera got tons of use, so after a few years, it was no real surprise when it wasn’t working consistently. Cameras give out, just like any other type of technology.

During my last year at Lee University, one of my teachers approached me about doing a photo essay for a special research project. I’d earn credit for a required course and a stipend, so of course, I agreed to do it! Now, I was without a working camera again and started stressing about what to do! Once again, my Dad swooped in to save the day and matched half the cost for a Nikon D80 camera body. I continued using the kit lenses from the D1 until my birthday last year, when I bought the 50mm/f1.4 with birthday money. With the D80/50mm combo, I took pictures for the photo essay that I was proud of and had the shallow depth-of-field I’d always wanted in my photos. 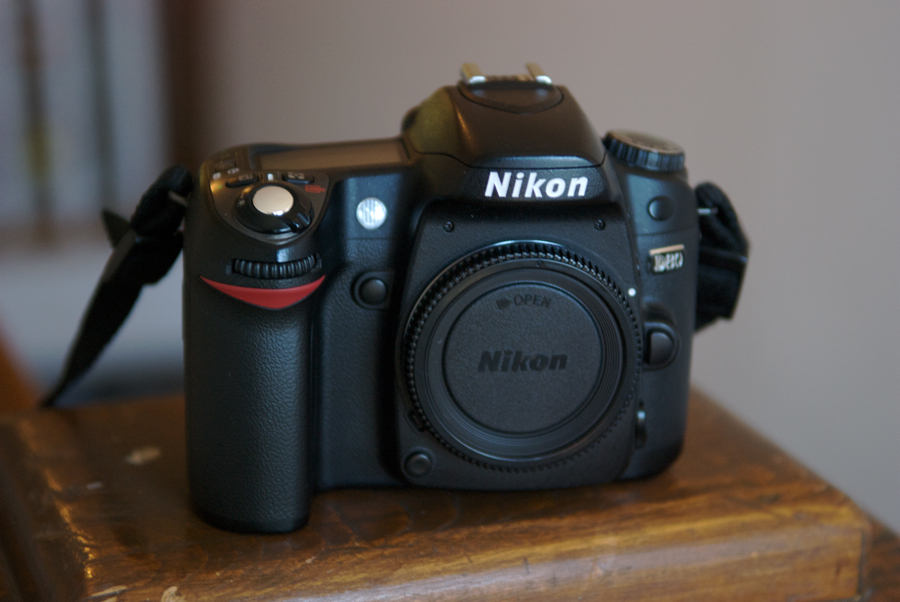 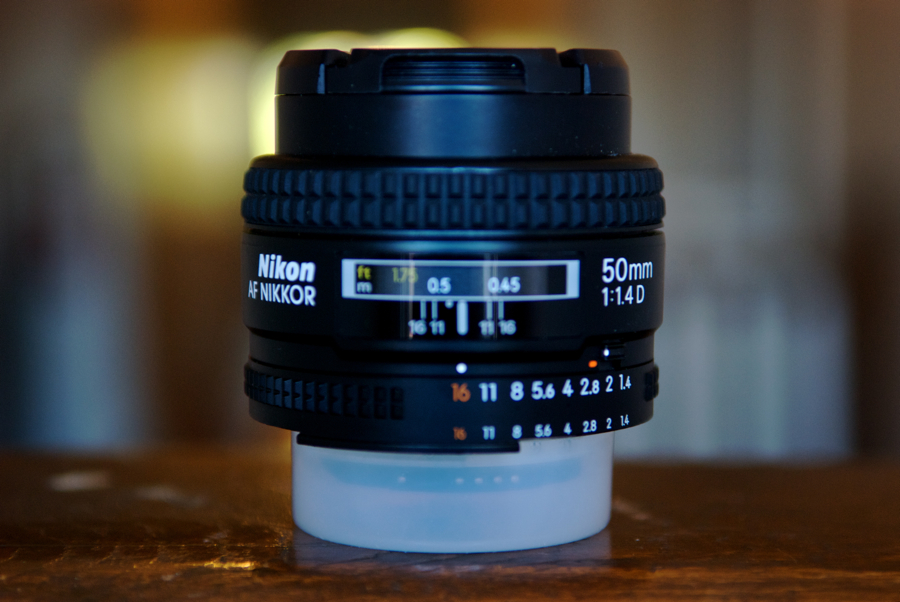 When I graduated last May, my parents gave me the 17-55mm/2.8 lens as a graduation gift and thus, completed my gear arsenal! 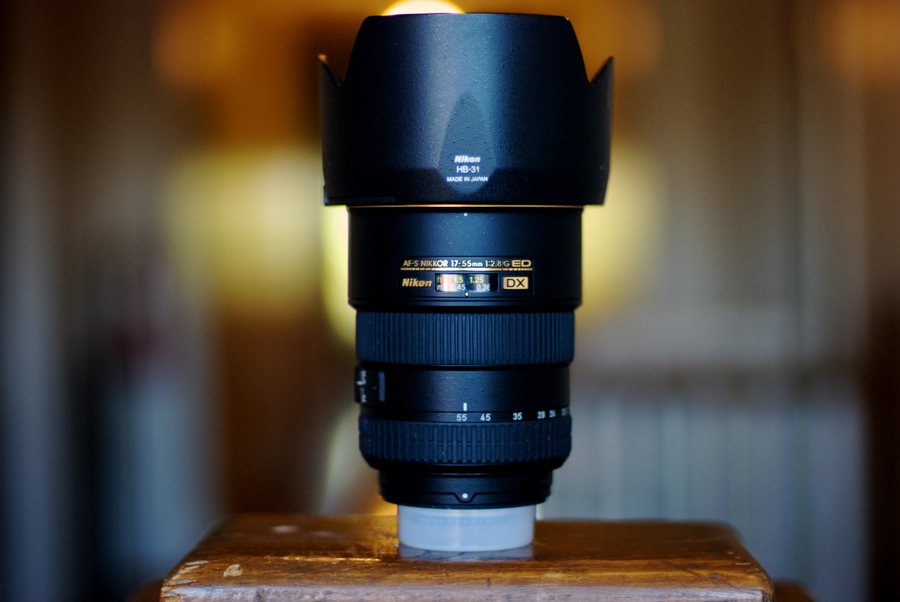 This is my current gear lineup. Along with my flash (SB800) and several 8G Sandisk cards, I’m good to go! A few months after I started my business, I thought I needed a better camera than the D80. I kept reading about full-frame cameras like the D700 and D3 and even checked out Canon’s 5D Mark II. I definitely had my share of gear-envy and felt limited by my camera’s abilities. But once that subsided, I realized that a great camera is not required for making fantastic photos. But a good camera, along with a unique eye and a steady hand, will take you so much further than a $XXXX camera with a mediocre eye and a shaky hand. Do what you can and learn as much as possible from the gear you currently own. And before you make any giant purchases, consider renting them first! Believe me, if you test the gear ahead of time, you’ll feel that much more confident about dropping several hundred (or thousand!) on a new piece of glass than if you didn’t.

Sometimes I feel embarrassed when people ask me what gear I use, but quite frankly, the gear I have is doing a great job for me at the moment. Buying a new setup just doesn’t make sense for me right now and I simply don’t need to, so why fret about it?

Here’s something else I’d like to address: Why Nikon over Canon?

Because I know Nikon. The Nikon body feels good in my hands and the computer navigation system has always come naturally to me. For a while, I thought I’d eventually make a complete gear switch to Canon. The ISO capabilities on a Canon are redonkulous and their prime lenses are considered better, sharper, and faster than Nikon’s. Alternatively, Nikon’s zoom lenses are generally thought of as way better than Canon’s zoom lineup and the ISO capabilities aren’t too far behind. But what it ultimately comes down to is that they’re both great cameras! What really matters is you! And what you do with it! Whenever people ask me this question, I always look for a way out of the conversation because I honestly do not care. I don’t understand people who get into these Nikon-Canon wars. Let me put to you this way… Take a look at the following two husband-and-wife photographer teams: The Image is Found and Bobbi&Mike. Unless you know them already, can you tell which team uses Nikon exclusively and which one uses Canon? Both teams produce beautiful, BEAUTIFUL work! So why all the fuss? Just find what works for you and be proud of the choices you make. Your work will speak for itself!

I hope this was educational and informative! If you have a question regarding gear or anything I’ve written here, feel free to ask in the comments of this post. Any other photography-related questions can be sent to info@carlybish.com. Just make sure to put “Photography Question” in the subject line of your email.

In the meantime, I’ve got a really fun couple coming your way tomorrow! Stay tuned for them!