I experienced something surreal today. When I arrived to class, I didn’t realize that it was actually my last class before graduation. Ever. It was my last classroom experience. Ever. I always thought my last class would be something epoch and maybe even sentimental. But it’s hard to feel sentimental in a class with only seven other students studying a subject no one was actually interested. As I left, I couldn’t realize the thought in my mind. Really? That’s it? Yup! That’s it!

I have a “major field test” to take next Monday, which is more like a survey on everything I’ve learned during my four years at Lee University. It’s nothing I can study for, so essentially, it’s nothing I have to worry about. I just have to take it.

Graduation is May 8-9 and I’ve elected not to go. I’ve had many friends whine about it and I really don’t understand what all the fuss is about. I just don’t feel like sitting in the sun for five hours while I wait to walk across a stage in front of hundreds of people I don’t really know, none of which are actual family. If I think about 20 years from now and ask myself if I’ll regret not going, I strongly believe I won’t. My education at Lee University was a consequence of my decision to move to Tennessee for a relationship, but it was never the reason I came. But when that relationship ended, I decided to own that choice and finish what I started. And I’ve done that.

What I’m really excited about is what I have planned post-graduation. Last night, I spent nearly two hours on the phone with my dad, feeling so encouraged about the path I’ve chosen. A few weeks ago, my boss, Kelly, asked me if I’d ever be interested in a salary position at Starbucks. She simply asked me to consider it and respond to her later. It took me 24 hours to know exactly what my answer was: Absolutely not. I’ve waited four years to regain my free time and with one year left in Tennessee, I’m going to make the best of that time by going after my creative aspirations. Of course, when the opportunity to work for Carrie arrived just a week after Kelly’s proposal, I knew I had been rewarded for following my heart. Hearing the word “salary” for the first time in my life really made me second-guess what I was supposed to do, but I’ve lived paycheck-to-paycheck for so long, what’s one more year?

I’ve got plans to do my first photoshoot with an infant. This is Abi, daughter and firstborn to our friends, Laura and Ben. Abi’s going to be one year’s old soon and as a birthday gift, I’ve decided to give the gift of pictures! I mean, who could resist with eyes like these! That blue is the real deal! 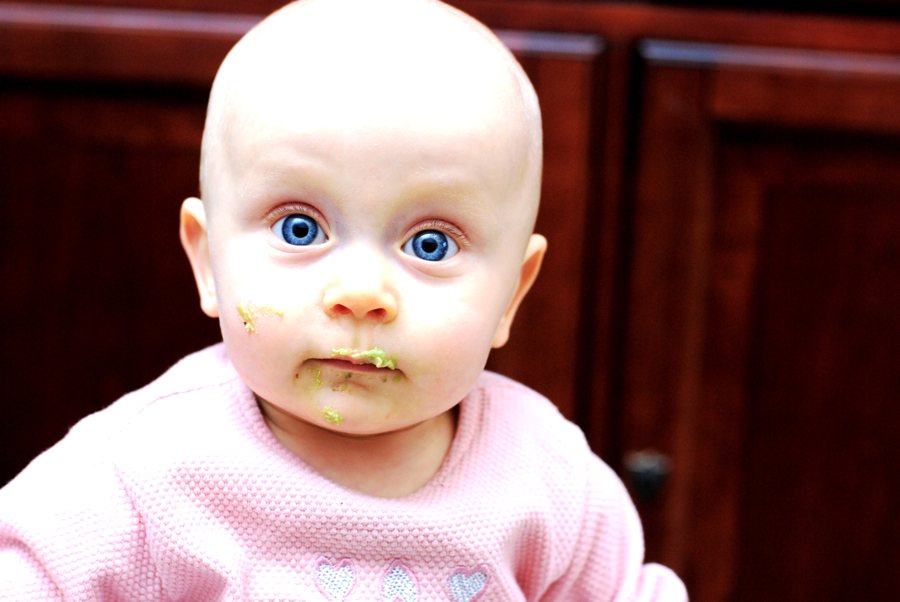